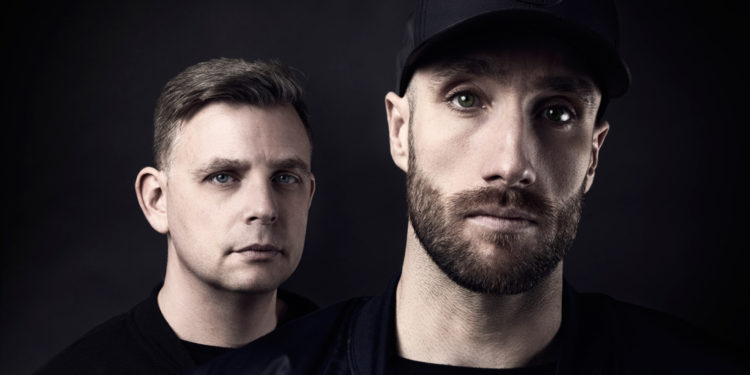 Although only one half of Tuff London is actually from London, their sound is inspired by the tough house sound they heard back in the day in some classic London clubs. Recently at FaderPro along with The Toolroom Academy, Tuff London debuted our brand new In The studio video series called Uncut. We grabbed them for a quick interview to find out about their favourite studio gear, the origins of their partnership, how they DJ together and their brand new music production course…

Tell us about why you guys formed a duo? You were both already in the business, what made you join forces?

Sam: “We’ve been mates for a while and have been working on various other music projects for a few years. We’re both from the same background of clubbing and have very similar tastes in music. To be honest, the Tuff London project just kind of happened – there was a point when we both said ‘right, let’s do this properly with focus’, but the lead up to that point was very organic with us both just messing about with different sounds and styles of dance music. Ben does the main engineering on this project however we both bring different things to the table. I often sketch ideas down on Ableton for Ben to then ‘tart up’ using Logic and we’re both always putting different ideas and samples in front of each other; we often end up finding music the others ones not aware of to be inspired by so, although we are both ‘producers’, one of us takes the reins on the button twiddling and one of us is there as a sounding board. This is a very common dynamic in duo’s today – engineers can get lost down a production rabbit hole sometimes so it’s good to have someone who knows the score to be able to pull them out of it or tell them they have gone off on a tangent!”

What would you say are the critical bits of hardware and software you need for your Tuff House sound?

Ben: “We are logic based and use the Universal Audio UAD gear and plugins. For me they are essential as they have such a great clean sound. Apart from spending thousands on the real deal their emulation plugins are very very close. I also still like to get some of classic out board gear out as well. Novation’s Supernova, the Virus c and the Alpha Juno ext. I also really like the Native instruments stuff as well. I tend to take the reins on this department so we don’t really clash to be honest, apart from when Sam gets his Kazoo out. We do and use what ever we need to get the best job possible.” 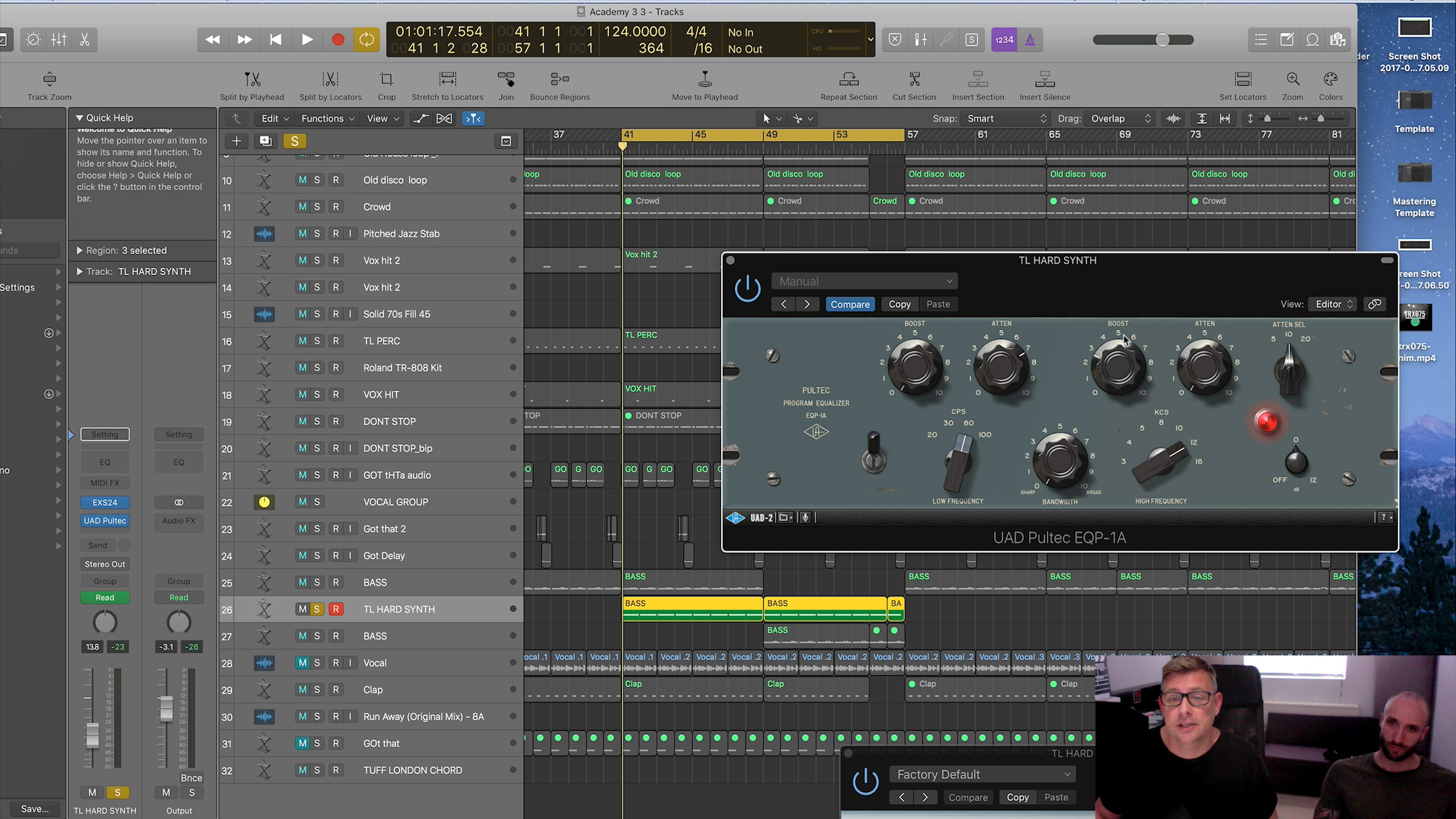 You recently debuted on the new Uncut series for us at FaderPro. Was it the first time you’d shown on camera how you work?

Sam: “Yes it was. We’ve both done some live tutoring (i.e in a class room) but this was the first time we’ve done anything like this. We were a little bit aware of the camera to begin with but soon settled into it. We wish there were courses as comprehensive as this when we were first starting out!”

Who were your teachers and  inspiration when you were starting out in the industry?

Ben: “I was very lucky as a teenager to get my first job in a recording studio as a trainee engineer. I learnt the old school way with 24-track tape and all out board gear. Learning from old pros was so valuable. You can go to collage or university but nothing beats being told from people who have spent their working life in an industry which is why courses like the ones on FaderPro are so good.

“I used to listen to older producers like Trevor Horn for mix down techniques as well as people like  the Prodigy etc. I also used to listen to producers for other reason too; Patrick Prins showed me how important putting character and hooks into music is. Nowadays there are so many great producers; although a different genre Rob Swire’s [Pendulum/knife party] mix downs are amazing!” 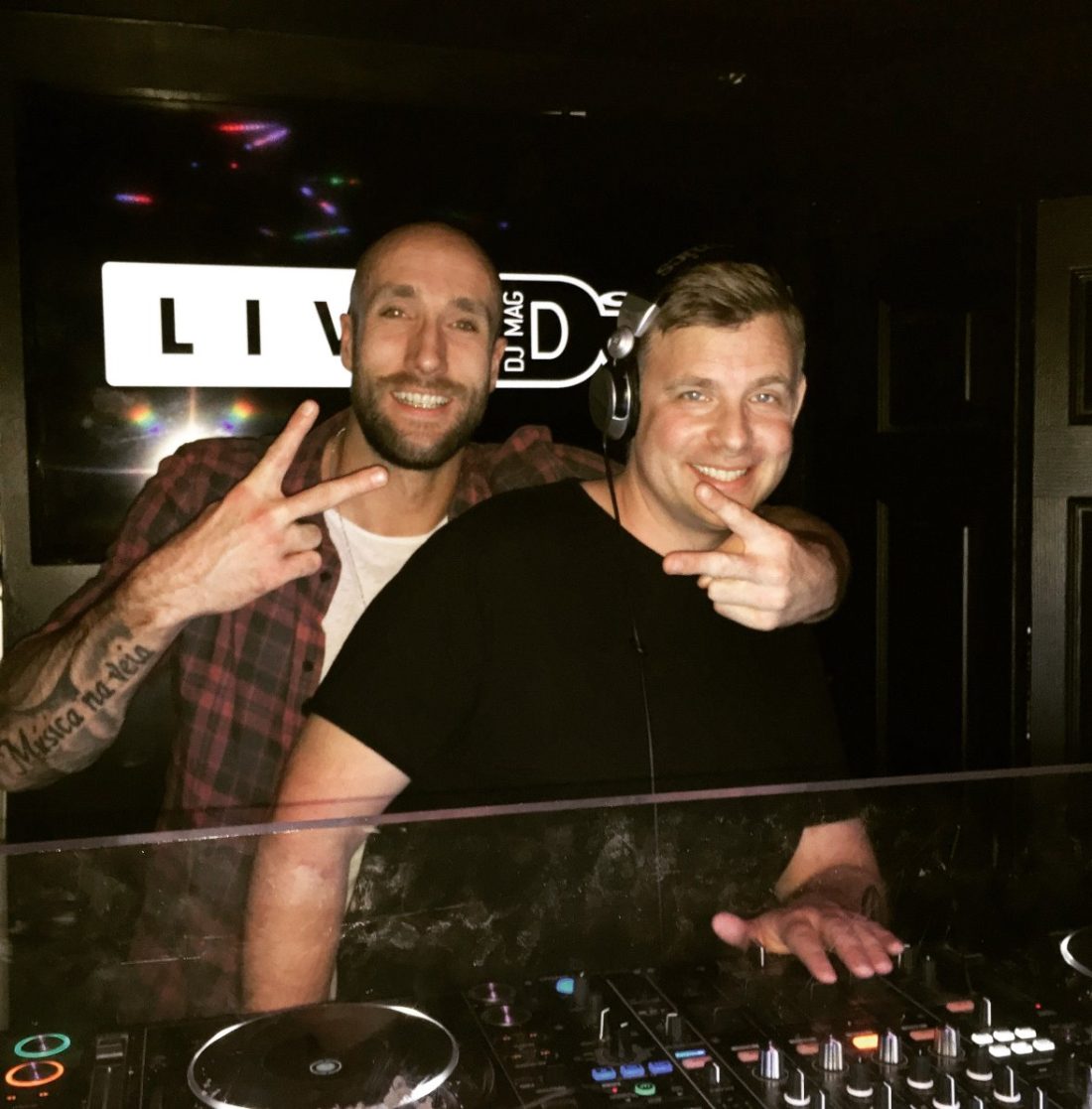 How do your Dj sets work as a duo? Do you play back to back, effect each others mixes?

Walk us through it!

Sam: “We play back to back, either one, two or three records on, then switch over, depending on the length of the set. We are constantly communicating about which records we both think should be playing – one of the great things about a b2b set is that one person has a chance to step away from the headphones and really soak up the vibe of the room you’re in; it definitely helps with selecting the right music to play. Ben’s got a slightly different musical angle to what he likes to play to what i do, but combining the styles really works and helps the set move around so it’s not just a boring one level / monotone style DJ set. We’re currently looking at expanding the performance side of what we do so expect to see us introducing a live sampling and FX aspect over the coming months. We’ve just been introduced to the new Pioneer DJS-1000 so we’re excited about the possibilities we can explore with that little baby!”

What’s next for you in the studio? Any bits of tech you have an eye on buying and why?

Ben: “Studio wise we’ve had a busy few months with a collaboration with Mark Knight coming out on Toolroom in November, a release on Format B’s Formatik label and then the very track we made for your FaderPro and Toolroom Academy Uncut tutorial coming out on Solardo’s Sola label in January! Kit wise I’ve just added the Akai Mpd226 to bring back the hands on approach also looking at adding a Console one and Presonus fader port . Ben Remember has just added them and loves them. It’s all about getting hands on again for me at the moment – drawing is boring.”

Want to learn the secrets of the Tuff London sound? Watch their techniques as they happen, sit right beside them in the studio and see the creative process, raw and unedited? Check out our exclusive Uncut course with Toolroom Academy!