5 kick and snare patterns you need to know 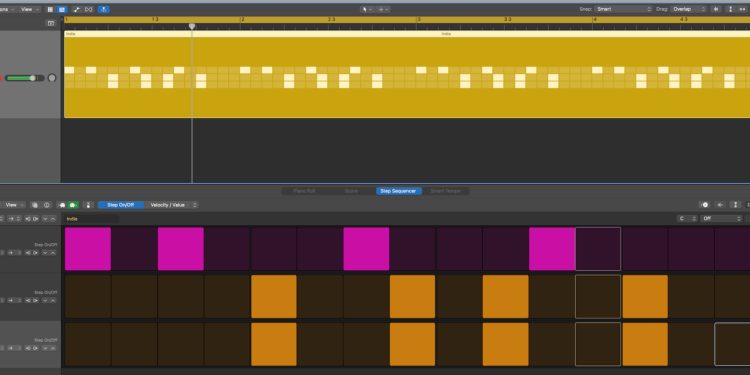 In each of the genres and patterns shown below, we’re focusing exclusively on those two drum elements. We’re not exploring where Hi-Hats or Ride Cymbals might play but instead focusing on the core fundamentals at the heart of each of these beats.

Here’s a key to each grid, so that you can see how each one is laid out (we’ll also show you each pattern as it looks in Logic Pro X):

With all of the patterns drawn out below, start by programming or playing them yourself, before editing the strength and position of the hits to turn them into your own creations.

All five patterns on this list are classics but no pattern justifies that description more than a four-to-the-floor beat. The term comes from the Kick pattern, which provides a thump on all four Beats of the bar. What you choose to do with the backbeat Snare or Clap is completely up to you.

In Disco, a reasonably loud Snare/Clap combination is fairly common, whereas for some forms of Progressive House, you’ll find that what lands on the backbeat is much more subtle, with the harmonic extension of any Snare or Clap only adding a little extra colour to the much louder Kick.

This is perhaps the most rooted and ‘reassuring’ Kick pattern of all time – what could be safer than the bottom end of your mix providing a chunky click track? Use this pattern and you’ll always know where you are.

This one is all about syncopation.

The foundation for a Reggaeton beat is a Kick on beats 1 and 3, with the Snare or other backbeat element playing on the last 1/16th notes of Beats 1 and 3 and halfway through Beats 2 and 4. The swing and syncopated feel comes from the skip you’ll hear just before Beats 2 and 4. Add a Quantize Swing value in 1/16th notes and that little skip will get stronger.

Interestingly, the Reggaeton pattern is sometimes referred to as a ‘pop triplet’, as the beats are almost evenly spaced, with gaps of 3, 3 and 2 1/16th notes between each hit. There’s no way a pattern so simple should sound quite so groovy… but it does.

Another beat loop whose popularity shows no sign of fading, whether you make Hip-Hop, Drum ’n’ Bass or Soul.

The ‘Amen Break’ gets its name from ‘Amen Brother’ by The Winstons, whose drummer Gregory Sylvester performed a short drum solo on this record in 1969. There’s no doubt it is one of the most sampled fragments in pop music history, and it too is heavily reliant on syncopation.

As you can see below, it’s a four-bar Kick pattern, where Bars 1 and 3 are identical. Bar 2 is almost the same too, adding a second Kick in Beat 1, on the 3rd 1/16th note. The main variation comes in Bar 4, where the Kick on the first Beat is absent, to be replaced by a short little flurry of 1/16th notes from Snare to two Kicks, before the final couple of Beats are simplified, providing a Kick halfway through Beat 3 and a Snare halfway through Beat 4. Play or program this with a Ride Cymbal playing 1/8th notes the whole way through and you’ll hear its immediate familiarity. Whether you prefer it at 90bpm, or 170bpm is up to you and your personal taste. 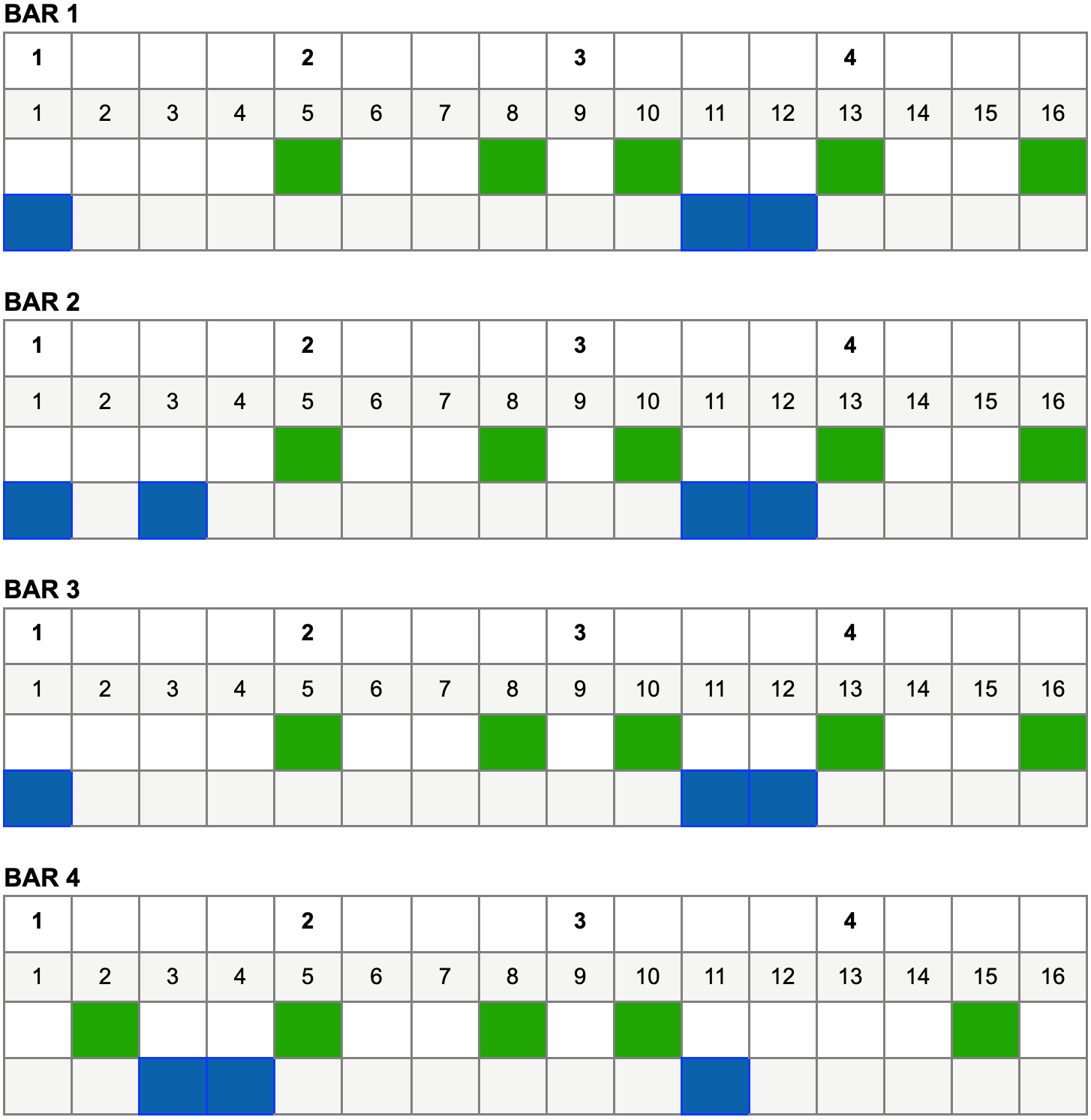 Hip-Hop grooves come in all different shapes and sizes and sub-genres. But the pattern below remains popular enough to be considered a ‘core Hip-Hop beat’. It’s the groove at the heart of Soul II Soul’s ‘Back To Life’ and countless other Hip-Hop tracks.

This core Kick and Snare pattern works well with a 1/16th swing Quantize value, despite only one hit – the Kick at the end of the first Beat – occupying a 1/16th note position on the grid.

Experiment with placing other Kicks into the pattern too, and try pushing the two Snare hits a little late, for a lazier feel. The tempo is yours to choose, though starting around 90bpm should feel appropriate. 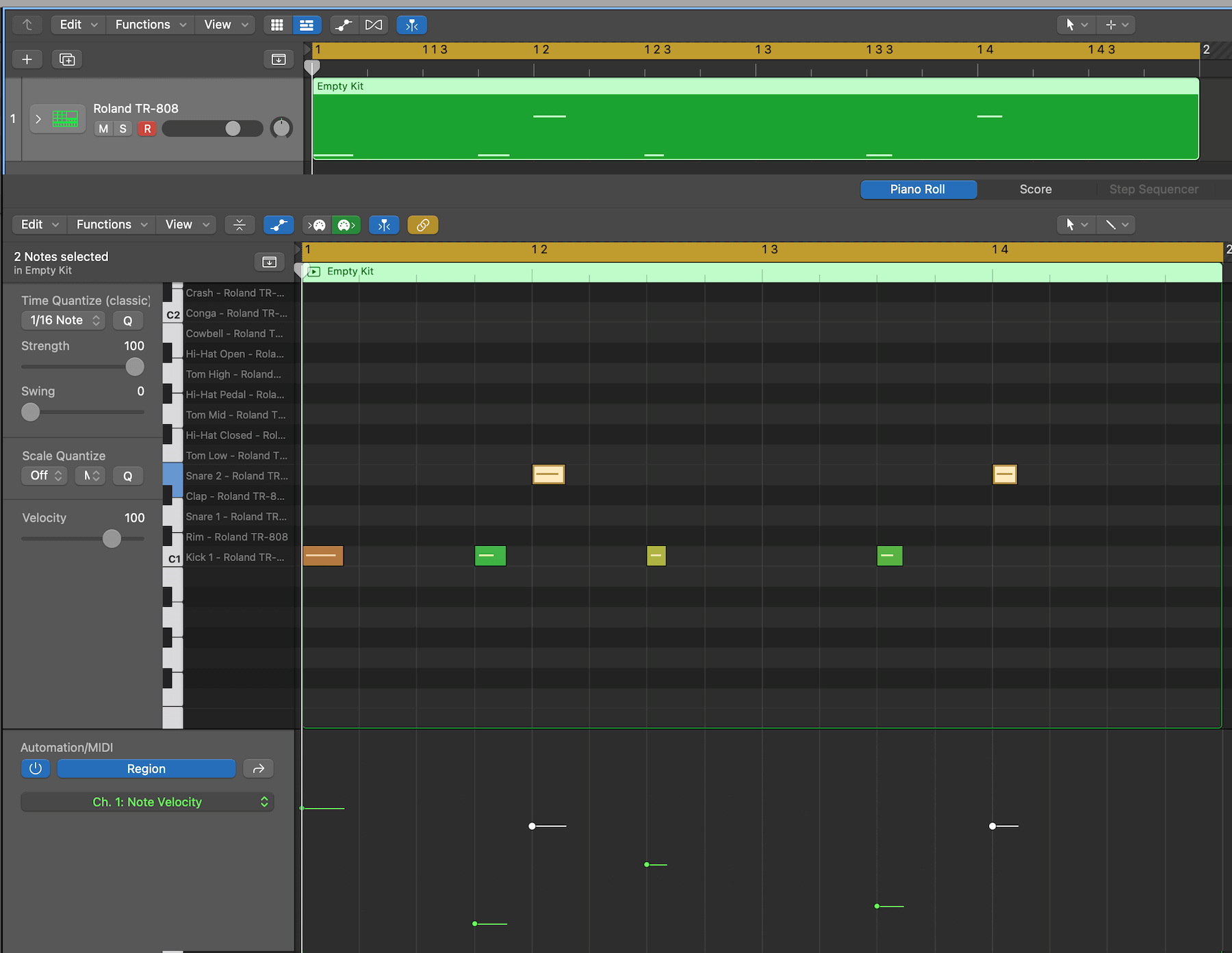 This one you’ll have heard on seminal records including Stone Roses’ ‘Fools Gold’ and Pet Shop Boys’ ‘Being Boring’, among many others.

The key to this pattern is the shuffle skip of the Snare either side of beat 3. Look up and you’ll see that this part is borrowed from the Amen Break. Usually, these two Snares will be played/programmed with quieter hits/velocities than the back-beat hits on Beats 2 and 4 and, if you add a little Quantize swing, you can experiment with anything from a machine-like ‘straight’ pattern, to something with a little more groove.

Here you can see a relatively busy version of this pattern from a Kick perspective. ‘Fools Gold’ strips out the Kick hits to something much more sparse and, of course, you can experiment yourself, both with the number of Kicks you use and – crucially – where you put them.