Haas Effect: What is it and how do I use it? 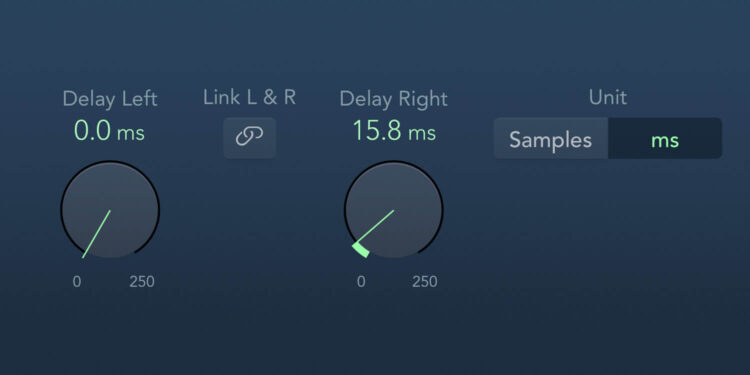 What is the Haas effect?

The Haas effect (sometimes known as the precedence effect) describes the way in which the human brain perceives the location of a sound based on the audio signal arriving at different ears at different, slightly delayed times. The delay time is important though. Let’s take a deeper look at why.

Creating width in a stereo mix

Creating a sonic canvas for our mixes has always required a deft hand when it comes to placing sounds in the stereo field. Yet it’s frequently the case that even mixes which are made from predominantly stereo sound sources can feel flat, narrow and lacking any of the width we seek.

The truth is that stereo sounds just aren’t ‘all that stereo’ when they’re left to their own devices. Even the biggest, richest, lushest pad sounds don’t feel all that wide unless they’re enhanced with a treatment which is reserved for either only the left or right channel.

A great example of this would be to add a stereo delay to a rich synth pluck, for instance, assigning different delay times to the left and right channel. Suddenly, that first delay tap on the left is only on the left, before the second one appears only on the right. Instantly, there’s width. 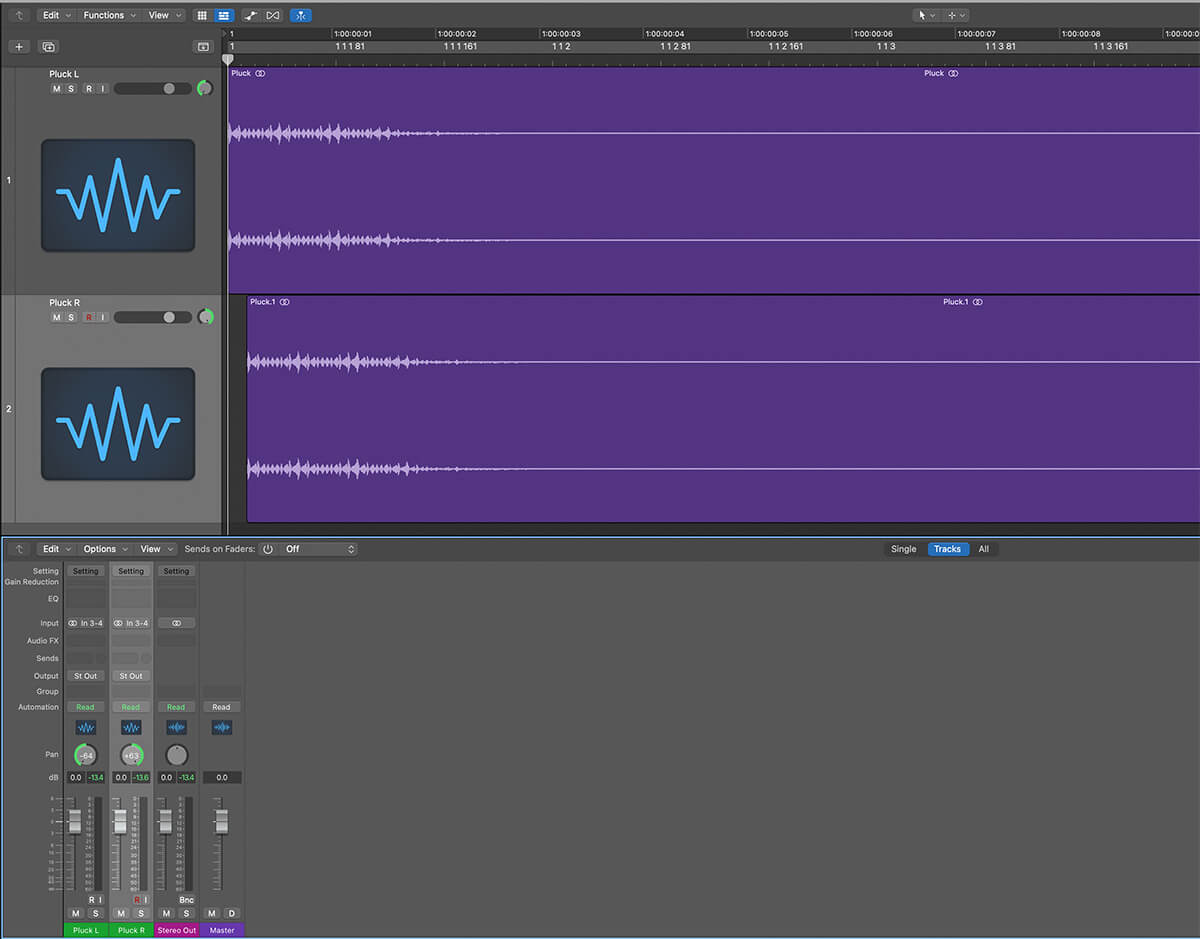 Where does that sound come from?

To understand this, we need to remind ourselves just how adept our ears are at detecting the direction of sounds which reach us. Our innate ability to do this is partly borne of a survival instinct; our ears need to warn us of approaching danger, for example – not just that a car is approaching quickly, but the direction from which it’s coming too. And in this understanding lies something crucial, which is that our sense of sonic direction is determined almost immediately. The moment we perceive a sound, we also pick up the direction from which that sound is coming.

Producers and mix engineers have successfully exploited our sonic sensitivity for years and, in fact, it forms the backbone of much mix advice:

Read any feature offering mix guidance and much of it will concern the left-to-right placement of sounds within the stereo field.

But, as we’ve already established, it isn’t always the case that panning achieves the widest-sounding results. And this is where the Haas effect comes into play. If you duplicate a mono sound, pan the duplicate to a different position in the stereo field and offset its start time by a few milliseconds, your ears will become sharpened to the position of the original, non-delayed sound.

Remember, duplicating a mono sound without offsetting either side will provide a matched amount of volume in both channels, meaning the sum of the two channels will be heard right in the middle.

But if you add a slight delay to either side of just a few milliseconds, your hearing system and its positional detection capabilities engage, giving a clear sense that the sound you’re hearing is placed to the left. Why? Because you heard it there first. Adding the delay can easily be done using either the native functionality of your DAW or a Haas effect plugin such as Haas from Kilohearts

This phenomenon is called the Haas Effect, and mix engineers use this music production technique to increase the perception of stereo width in their tracks.

For the effect to work, it’s essential that the Haas effect delay between channels is short enough that there isn’t an audible gap between the two active channels; they need to feel as though they’re behaving as one sound. 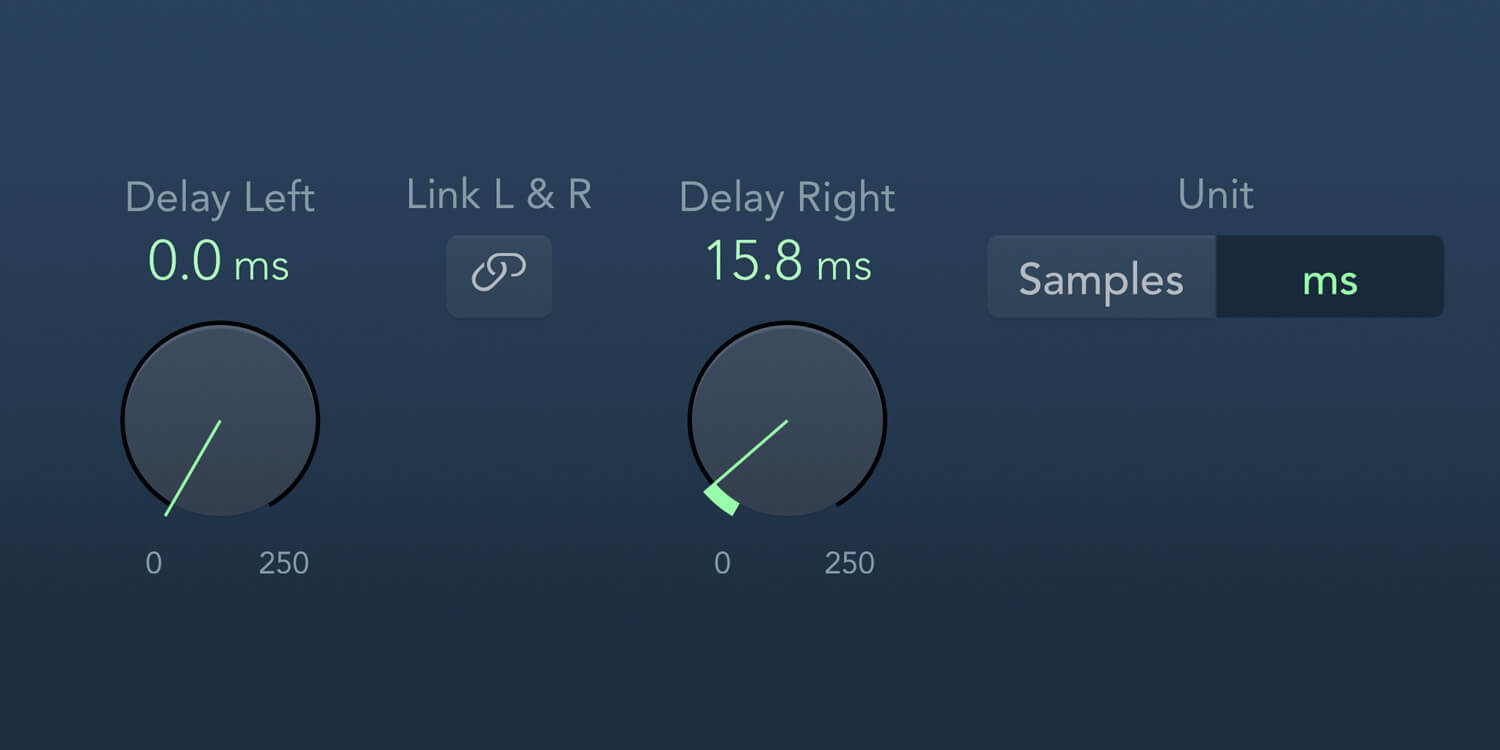 There isn’t a ‘correct’ millisecond value to apply every time here, though there is a a correlation between the length of the delay applied to the second channel and the perception of stereo width, so keep your ears open to find a value which works for you.

You may also find that transient, more percussive sounds benefit from a shorter offset delay than longer, more sustained ones. Once a delay gets above 40-50 milliseconds, your ears will begin to realise that you’re listening to two discrete sounds rather than one, which breaks the illusion that the Haas Effect provides.

Lastly, watch out for Phase issues, particularly if you’re duplicating the same mono sound to dedicated left and right channels, rather than adding a short delay offset to one side of a stereo sound.

Remember, by overlaying one identical waveform on top of another, the cycles of those shapes can cancel each other out or double in output volume, as the phase of their waveforms clash. If necessary, use a phase alignment tool or meter to check that you’re not running into trouble. If you are, experiment with a different offset time in the second channel until the phase issues disappear or, if necessary, enhance each channel with effects to create a different sonic footprint, so that their shapes aren’t identical. Tone-shaping tools such as EQs and Filters can help here.

Applying the Haas effect on the master buss

It wouldn’t be wise to add the Haas Effect to the 2-buss, output channel of your mix, as biasing an entire production to either the left or right will sound lopsided. If you want to experiment with extra width here, use a dedicated Stereo Spreader-style plug-in. But if you want extra direction, definition or bring a stronger sense of place to specific sounds, the Haas Effect is a secret weapon which tricks the ear into a wider, bolder mix.

There are many ways to take advantage of time-based effects in your music production endeavours. To learn how, why not take a look at our Science of Sound: Time-Based Effects course which includes a free chapter on Flangers. 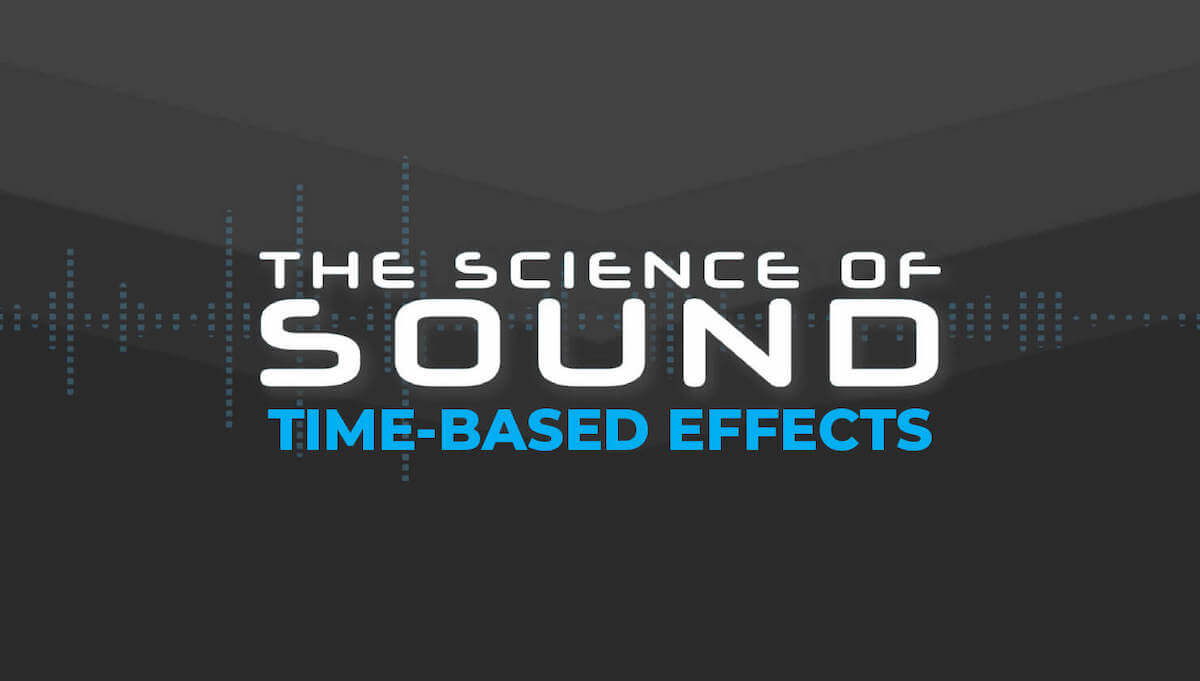 Should You Put Reverb on Bass?

5 kick and snare patterns you need ...