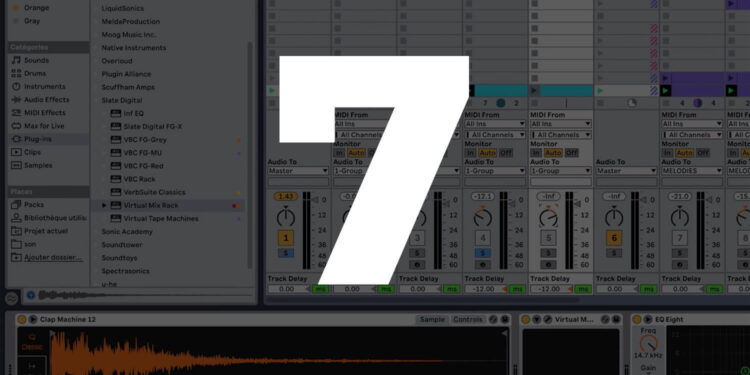 Well, here are 7 bite-sized music production tips we think everyone should know. Let’s dive in.

1. High-Pass Filters Are Your Friend

You’d be amazed by how many sounds inadvertently contribute to the mass of bass frequencies swimming about in your mix.  The low end of pads, synth sequences with sub oscillators buried in their architecture and unfiltered white noise sweeps are just three examples of sounds whose lowest frequencies can eat up the low end.

Bass is the foundation on which your mix is built, so clarity here – and space left for the Kick, Bass and low end sounds you want to use in this frequency area – is key.

We’re going to cover that in an upcoming course Mixing Kick & Bass, but for now, remember… use High-Pass Filters (or Low Cuts) to roll out low end from any sounds which don’t need those low frequencies, and the sounds which do will gain focus and clarity. 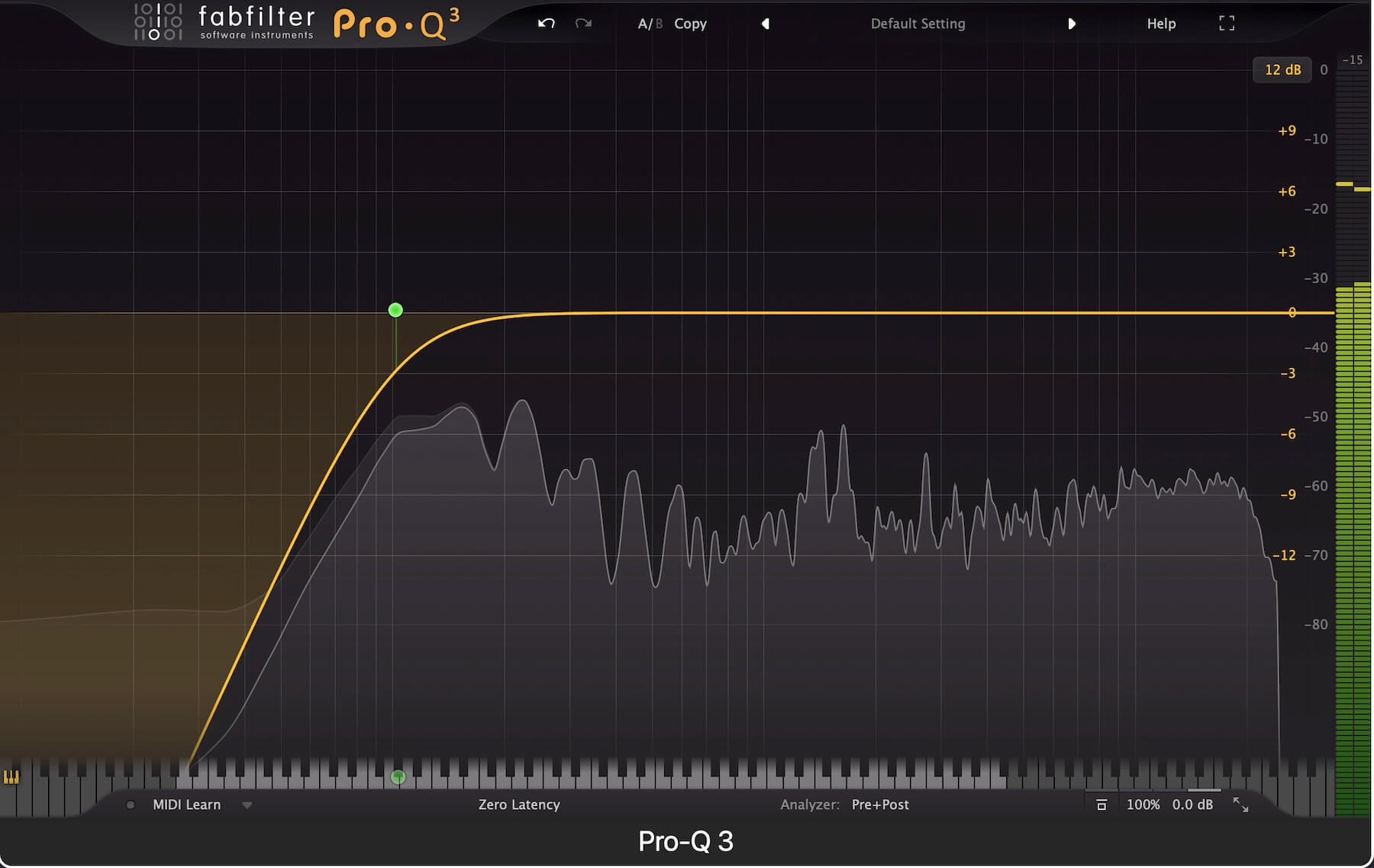 2. Use a HPF SideChain on Output Track Compressor

Remaining at the low end, let’s not forget that bass frequencies are nearly always the most dominant in a mix.

Those low, slow waves retain their energy for longer, meaning that an EQ across the 2-buss, output channel of your mix will usually show this area to be the most energetic.

If you’re using a Compressor on your output channel, engage its High-Pass Filter option. Don’t be confused – this isn’t an EQ. Instead, it allows you to control how much the bass frequencies will contribute to the Compression process for the whole mix.

By reducing the impact of the very lowest frequencies, you can avoid the ‘pumping’ and loss of power – the very opposite of what you want – which is so symptomatic of a stereo compressor fighting against over-aggressive low end frequencies. 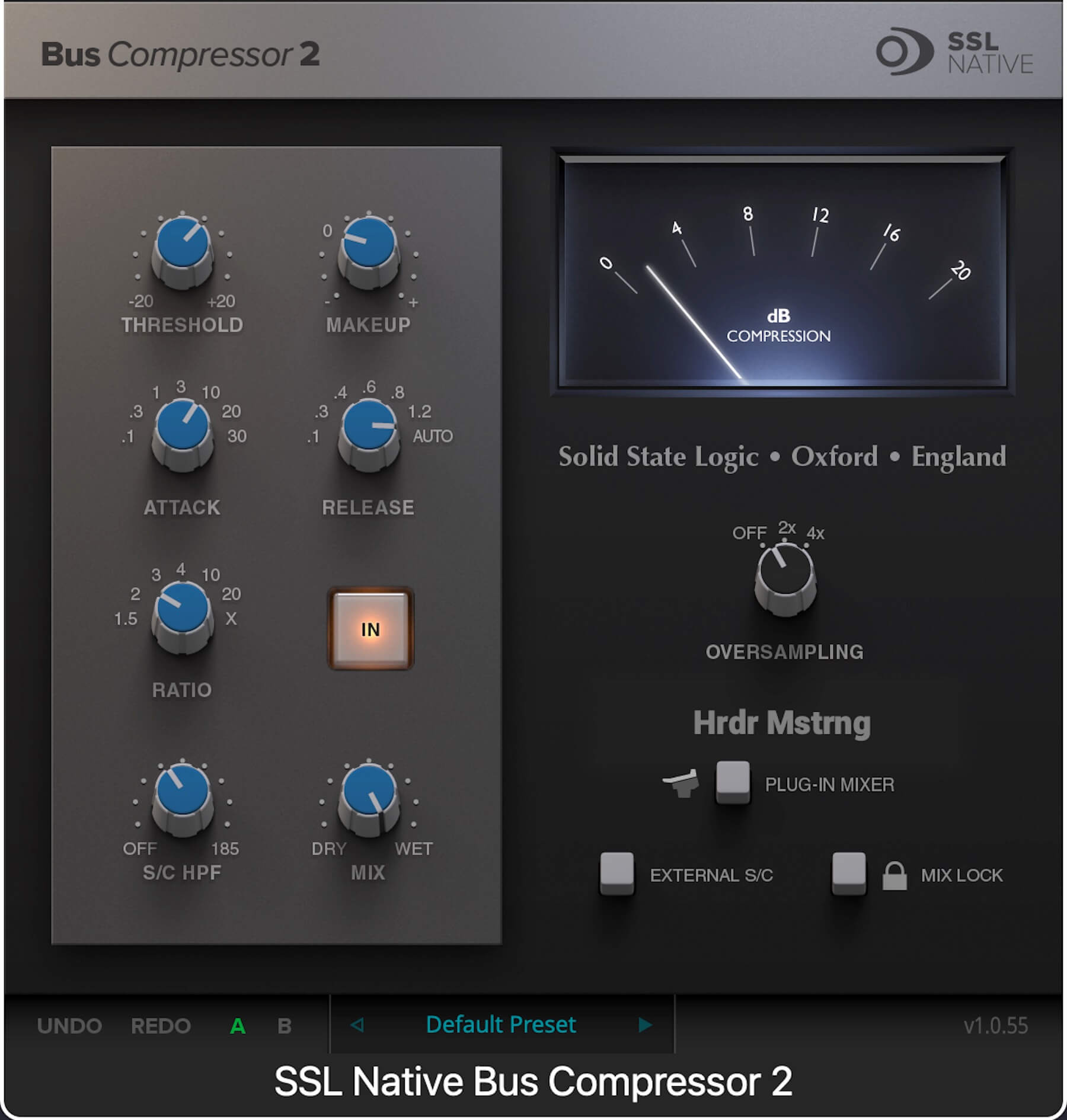 It’s easy to be wowed by the power of commercial tracks and to draw the conclusion that they must sound robust because they contain loads of individual elements.

Actually, no. It turns out we don’t need a sledgehammer to make powerful tracks.

The key to mixes which leave a lasting impression is a clarity of purpose which allows strong musical ideas room to breathe. If you’ve got a killer vocal, why bury it under lots of superfluous sounds? Or if you’ve programmed a great groove, why dilute it by filling in all of the gaps between hits with counter-rhythms.

Strip out everything you don’t need and your tracks will improve.

As compression squeezes the dynamic range of a sound (and therefore affects its volume), it’s a common misconception that compressors alone can set an appropriate volume for one track of your production from start to finish.

In fact, compression and volume level are two separate concepts.

True, compression narrows the dynamic range of a sound to provide a more consistent average volume. But a compressor can’t possibly know that the arrangement of your backing track has just switched from a gentle introduction to an all-out drop in the chorus.

Clearly, whatever volume you were using for the intro is going to need to be boosted for the chorus to prevent the vocal from being drowned.

Your computer is the means through which the music you make reaches the listening world. Just as, if you were a violinist, a singer or a pianist, your voice or musical instrument would be that tool.

Spend any amount of time with vocalists or instrumentalists and you’ll find that the ones who succeed are constantly practicing. They’re working on a bit of technique to let them play more complicated or challenging phrases, breaking things down to work on the sections they haven’t perfected yet.

Treat your DAW the same way.

Learn how to operate it at the speed of sound, so that when the music you’re writing is in full flow, you aren’t held back searching through menus for things you don’t know how to do yet.

Learn shortcuts, key commands and prepare templates of sounds to ensure that whenever musical inspiration strikes, you’re ready to respond, particularly if you’re collaborating and you want to keep pace with a room full of opinions and ideas.

6. Get Headroom managed before you start

Volume is impressive, isn’t it? Be honest – every time someone pops into your studio to hear what you’re working on, you turn your mix level up to show it off.

Plug-in manufacturers know this too – some of Omnisphere’s presets (to take just one example) play back 15dB over ‘digital zero’ right out of the box, purely to grab your attention and convince you that it ‘sounds better’ than quieter plug-ins.

The problem here is headroom within your mix. Even if you set up two sounds which both peak at, for example, -2dB and use them together, they’ll combine to overload your output channel.

Start every project with your faders around -6dB and ensure that any new sound you bring in has its output set appropriately within the plug-in before you start using it.

Managing mix headroom equals better sounding mixes. It’s very easy to add more volume later, via Automation or an output chain of plug-ins, but it’s much harder to rein back a mix whose output is overloading, particularly once volume automation has been added.

Where headroom’s concerned, get out in front of it.

7. Be Brave and Do It Your Way

The world doesn’t need another piece of music which sounds identical to that one. You know, that one. That one that everyone’s listening to and that you’ve already played five times this morning, right before you turned your studio on.

The easiest trap to fall into is to assume that success – however you choose to measure it – is just around the corner if only you could make a similar-sounding record to the current monster hit. After all, it worked for that artist, right?

There are few things more depressing than someone hearing your track and then comparing it to all of the influences so clearly behind it.

How much more exciting would it be to make something all of your own, something which maybe takes two or three listens to fully understand, because it can’t immediately be measured against another track?

All of the artists who break through and sustain a career in music are brave enough to find a sound of their own. Go and find your voice and believe in it.