Dom Kane – The synths of my life 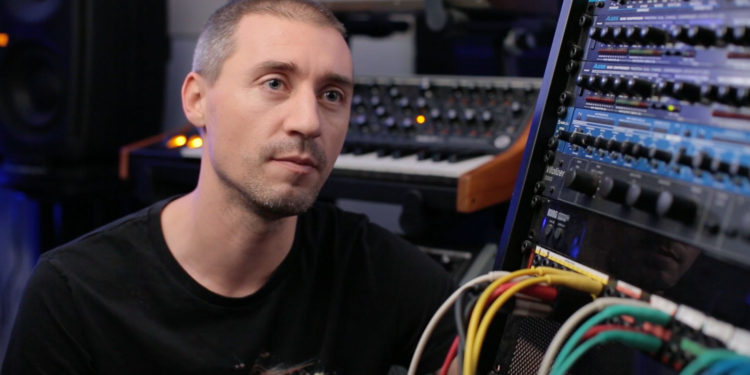 Known for his creative sound design and recent run of releases on Deadmau5’s Mau5trap label, Dom Kane is a master of the studio and electronic music creation. If you’ve seen the Dom Kane artist access video or indeed his entire course, you’ll have already seen his beautiful studio, packed with choice pieces of hardware and the latest software. In this interview, we discover the synths he loves, hates, wants and can’t live without…

What was the first ‘proper’ hardware synth you bought?
“I guess it depends on how you define ‘proper’ really. I’d had a few basic Casio style keyboards from about age 10. I spent my childhood washing neighbour’s cars and trimming hedges on the weekends, and then scouring the local Free Ads paper looking for cheap second-hand gig equipment. I even owned a TB-303 at one point, but back then it wasn’t really considered a ‘proper’ synth, it was just a one-trick-pony if I’m honest and it was given to me as an unwanted toy! I remember just sitting there recreating Josh Wink’s ‘Higher States’ on it and recording it in to my 4-track tape recorder where I’d overdriven a bunch of Casio kicks and snares in. However, in my head, the first ‘proper’ synth I got was the Roland JD-800. I remember setting that up and thinking “this is it, I’ll never need another synth again”! Gutted I got rid of that in the end. As much as I love my hardware, I’ve never been much of a hoarder, and I don’t tend to keep any hardware that doesn’t get used. I still have a few of the old ROMplers like the JV-1080 and the Proteus 1000 though. 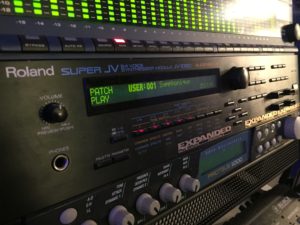 How much was it?
Oh man, I think it was about £250, which I thought was a fortune at the time! They sell for more than that now of course, but I got it from the local Free Ads paper, from some band that split up and were getting rid of a shed-load of gear. I even got some massive stage floor monitors and an amp thrown in with that sale.

Synth you bought and sold because you didn’t like it?
“Oh jeez, there have been a few of those; I’m really fussy! I think the most obvious one that comes to mind is the Access virus TI. I just remember that it was great to play around with, but the moment you wanted to actually produce a recording, it was like having to file for local government applications. Terrible menu system that just killed any creativity, not to mention all the little bugs.” 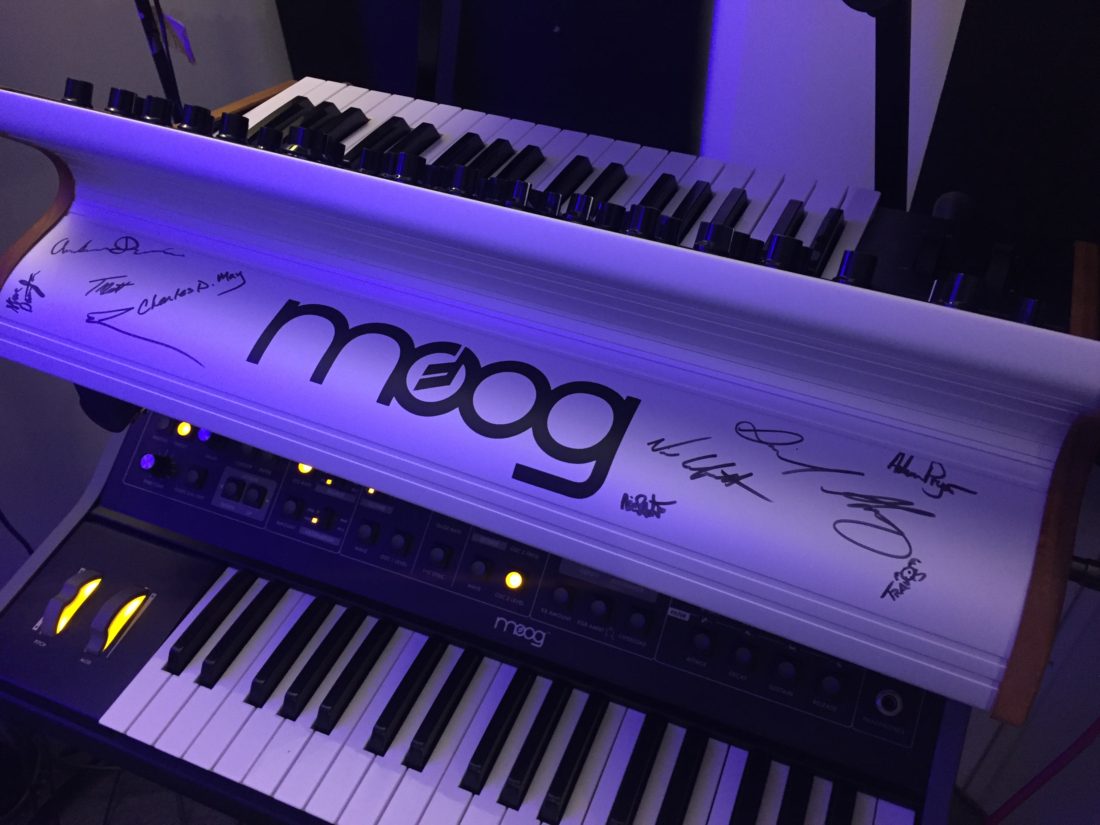 What would you say is the most important synth in your collection and why?
“Moog Sub 37 Tribute Edition. Absolutely nothing comes close to that, for several reasons from sentimental value to engineering admiration. First of all, I’ve been lucky enough to work for Moog on a few of their synths from the limited edition Slim Phatty, and even their soft synth AniMoog, and having idolized Bob Moog my entire life, I always felt there was something special about the care and attention Moog put in to their synths that resulted in a unique experience. The whole team at Moog are amazing people, and my personal Sub 37 has been signed by all the guys involved in its creation, so it’s a one-off for that reason alone. However, most importantly, the synth is just everything I’ve ever wanted in an analogue monophonic (ok, paraphonic) synth. Every dial feels so natural and there right in front of you without having to flick a load of switches or menu navigations, and the sounds it can create are like nothing else. It’s just so totally useable in both a performance and production environment, with no fiddling or faffing. It arrived in my life at a time where I was starting to lose hope in my own creative abilities too, and I owe the last few years of my career to that synth.” 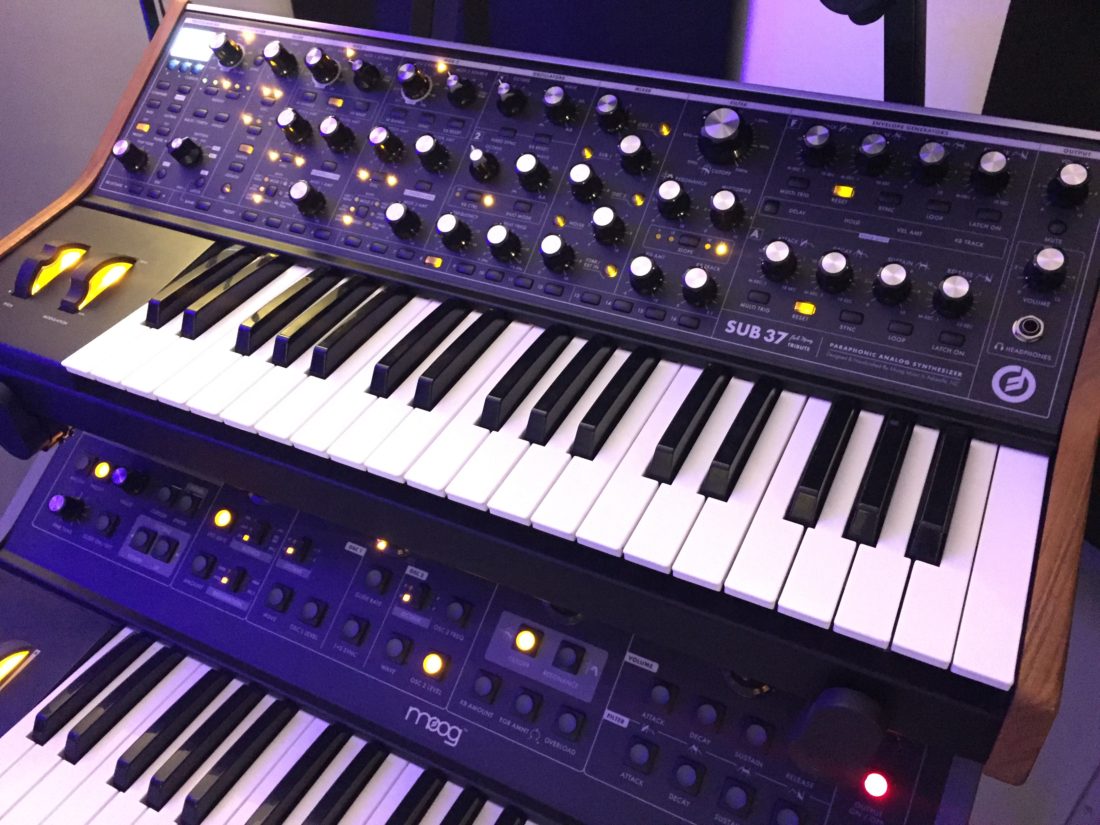 What has been your most recent hardware synth purchase?
“I’ve actually not bought one in a while now, if I’m brutally honest I’ve been given a few synths in the last couple of years from companies trying to develop new products, and I’ve sent them all back because I’ve not wanted to be involved. I know that probably makes me sound like a right dick, but when I’ve had them in the studio and found they’ve been almost unusable and missing basic features, and the company has wanted to price them against synths 10 times their capability, it puts me off the idea of even owning one, let alone having my name attached to it. I can’t bear the idea of some kid out there washing cars and trimming hedges for months on end, getting all excited for delivery of their first ever “analogue” synth, only to find out that it’s made from cheap plastic and the dials fall off every time you turn them, or the menu is a nightmare and even though it’s sold as MIDI via USB, it’s actually only for updating firmware and not for saving presets or even playing sounds. Hardware synth consumers are becoming a rare breed these days, and manufacturers need to make treasures worth buying, or at least price them accordingly.”

What about soft synths?
“Part of my production process over the last few years has been to strip down to the bare essentials, so I really don’t use very many synths at all, software or hardware. However, I do love Razor from Native Instruments, because you can really create some unique sounds with additive synthesis techniques.

“My go-to soft synth has to be Xfer Serum though, I was lucky enough to be involved in that right from it’s very first draft version so I’ve known it inside and out as it’s grown. I’m also currently helping out with the development of ANA2 from Sonic Academy and that’s looking really good too, so keep your eyes peeled for that one soon.”

Dream synth purchase?
“Well… If we’re talking dreams then it has to be the Emerson Modular System doesn’t it? I’ve always tried to steer clear from the modular stuff though, because I know it’s more addictive than crack… I’ve lost a few friends to modular synth addiction.”